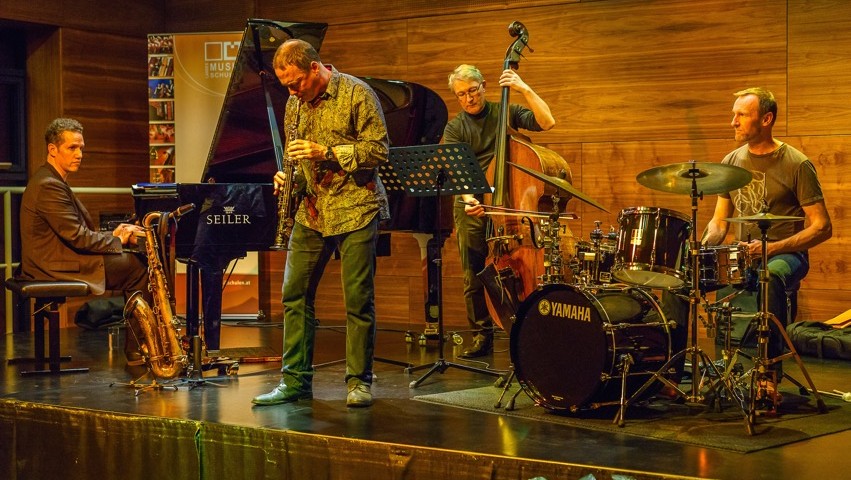 The Andy Middleton Quartet performs original compositions that combine world music and European influences with the authentic feel of hard swinging contemporary New York City jazz. Each composition takes the listener on a melodic journey through a landscape of deep harmonic colors and vibrant rhythms.

Andy Middleton has long been considered by critics and his peers to be one of the world’s top-tier jazz saxophonists. While a technically masterful player, Middleton’s solos have been noted for their power of inspired imagination, rhythmic drive, lyricism and adventurous energy. Likewise, his compositions are both harmonically modern and lyrical with a clear sense of the tradition. Middleton’s unique voice as both a player and a composer/arranger has led jazz icons such as Dave Holland, Kenny Wheeler and Ralph Towner to record and perform with him. He has also performed/recorded with Maria Schneider, Renee Rosnes, Randy Brecker, Bill Evans, Lionel Hampton, Bob Mintzer, Joey Calderazzo, John Abercrombie and Adam Nussbaum.

Middleton is a composer of trio, quartet, quintet, octet and big band jazz, a winner of numerous grants for composition and performance who, after living in New York City for 19 years now lives in Vienna (Austria) performing, composing and teaching at the Konservatorium Wien as the professor of Jazz Composition, Jazz Theory and Saxophone. Born in Harrisburg, PA, Andy received his master’s degree in composition at the University of Miami.

Besides playing with his own quartet Middleton has developed several new relationships and projects throughout Europe, including the wonderful Turkish pianist Burak Bedikyan’s “European Quartet”, a new all-star Danish/American band called “Battle Axe” and a collective of the top players from Hungary, Slovakia, Czech Republic and Austria.

Paul Imm has performed throughout the world with jazz greats like Dizzy Gillespie, James Moody, Charlie Rouse, Eddie Harris, Steve Lacy, Lee Konitz, Harry “Sweets” Edison, Tom Harrell, Kenny Werner, Wolfgang Engstfeld and Jim Pepper, among others. Paul is very active as a sideman in Europe on many projects and performances and he has recorded with Lee Konitz, Kenny Werner, Tom Harrell, Stephane Belmondo Quartet, Yusef Lateef, Markus Becker, and Peter Bolte. He studied with David Baker at the University of Indiana and currently resides in Hamburg (Germany). 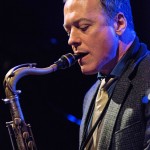 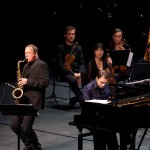 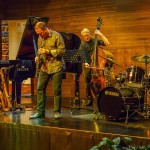 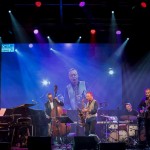 Here is improvising and writing in its best form - really pretty amazing!

Andy Middleton represents the best of a new generation of jazz musicians.

There is one soloist who truly stands apart from the rest of the crowd, and that is Andy Middleton..., a wonderful, ingenious, melodic musician....

Andy Middleton affirms himself not only as a saxophone player but as a first class composer/ arranger.

The European Quartet Live is an excellent album. The simplicity of that statement matches the music on the recording. What makes all of the numbers stand out is the wonderful work of Middleton, who is virtuosic in his tone, speed and concepts. His standmates are nearly as good, but he is the real star.

...his playing is consummate. Middleton’s lines are thoughtful and symmetrical. There’s pattern to his improvisation, and grace, so that following his solos is less likely to occasion surprise than satisfaction. This is a solid outing by four master musicians.

Serendipitous, how a musician continues to grow. The European Quartet Live presents an Andy Middleton in top form, playing with his superb accompanists through a brilliant set balanced between lyrical melodic serenity and exciting freestyle excursions that is a true joy for a jazz fan. Excellent.