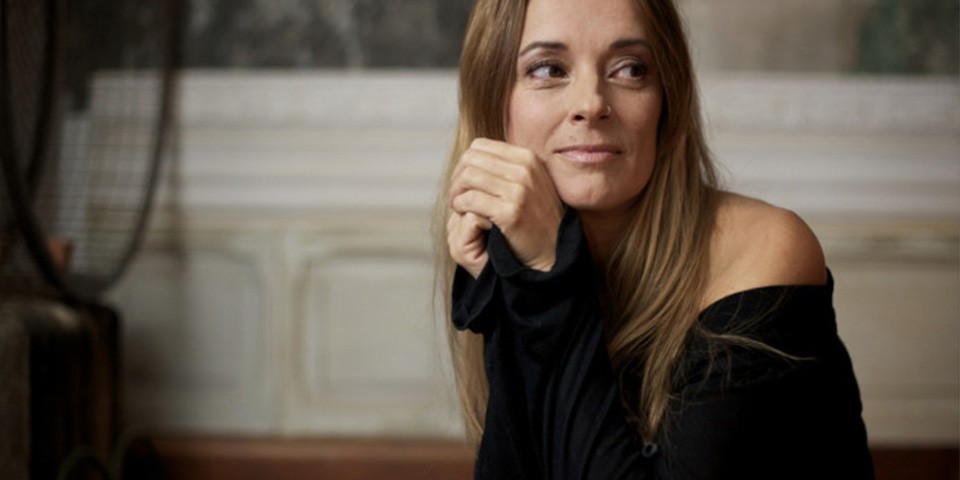 In 1989 after attending a summer clinic she won a scholarships at the Berklee College of Music, but she decided to move to Graz, Austria, instead where she studied at the University of Performing Arts with Jazz Giants Jay Clayton, Mark Murphy, Andy Bey and Sheila Jordan. In the same years she often traveled to New York, getting deeper and deeper in the music, studied with Barry Harris and returning to Europe founded a quartet and a septet with pianist/arranger Claus Raible.

In 1994 she moved to Vienna where she soon was invited by star arranger-composer Mathias Ruegg to perform on different special Events with Europe leading Big Band: the Vienna Art Orchestra. She started as well a serial of recordings for ORF, the Austrian Radio, presenting each year a different project, performed with the most of the great musicians of the Austrian Jaz scene (Fritz Pauer, Wolfgang Pushnig, Bumi Fian, Oliver Kent, Hank Gradischnig, Karl Sayer, Christian Havel, Erwin Schmidt, Hans Strasser to name a few) and she wrote songs and music for seven movies of Austrian director Xaver Schwarzenberger.

In 1999 she was again in New York recording her first solo album « Anna Lauvergnac » (wich featured some of America and Europe top jazz musicians, such as Andy Bey, Fritz Pauer, Pete Bernstein, Claus Raible, John Di Martino, Boris Kozlov, Wolfgang Puschnig, Alegre Correa, Johanne Enders) for the Swiss label TCB, and back to Europe Mathias Ruegg offered her to become the new singer of the Vienna Art Orchestra. In the following decade she appeared on hundreds of concerts with the band, performing in all the major Jazz Festival and theaters in Europe as well as touring China, Cuba and Canada. Umbria Jazz, Paris Jazz Festival, Berlin Jazz Festival, Time in Jazz, Natt Jazz, Beijing Jazz Festival, Nord Sea Jazz Festival, Wiener Festwochen, Festival Jazz de l’Havana, Toronto Festival, Vancouver Jazzdays, Red Sea Jazz Festival… and recorded 12 CDs, mostly for Universal Music. On the side she kept touring with different bands in Italy, France, Austria and Germany, collaborating with great artists such as Bojan Z, Alegre Corea, Paolo Fresu, Fritz Pauer to name a few, and released the CDs « You must believe in Spring » with the Till Martin quartet and « Come Closer » with the Julia Huelsmann trio, and participated as a guest artist in different recordings.

She formed her Pan-European quartet in 2010, and since then performed in various clubs and festivals in Europe. The band recorded two CDs, both nominated for the German Critic Prize. The second one won the award in 2014.

After graduating with honour at the Graz Music University in 1992, Raible moved to New York City where he formed the Claus Raible Sextet (which featured Brad Leali, Mike Karn, Shwan McGloin) as well as working as a sideman, performing in many of the city jazz clubs with musicans such as Ben Dixon, Manny Duran, Vincent Gardner, Jimmy Lovelace, Jon Faddis, Marc Gross, Sean Jones to name a few. It was in New York that he met, and later took master classes from pianist Dr. Barry Harris who has been a great influence on his writing and arranging.

In 1998 Claus returned to Munich, Germany, and began splitting his time between the USA and Europe, touring extensively with his own projects as well as a sideman with artist such as Ed Thigpen, Charles Davis, Jimmy Cobb, Dennis Ervin, Benny Golson, Ira Coleman, Keith Copeland Today Raible is one of the driving forces of the European jazz scene: a terrific musicians, composer and arranger.

Born in Athens (Greece), Antoniou moved to Switzerland in 1994 where he completed his studies at the “Hochschule fur Music” in Bern. While still in school he had the chance to perform in some prestigious festivals (Montreaux,Bern) and clubs like Birdland (NYC) Blues Alley (Washington DC) accompanying Jazz legends Clark Terry, John Lewis, Johnny Griffin and others.

As a freelance musician, he has been performing/recording extensively with German pianist-composer Jo Haider, as well as the most notable names of the Swiss Jazz scene. Antoniou possesses a great sound and a great sense of tim, and a phenomenal dedication to the music: qualities that soon made him one of the most required bass players in Europe. He’s been performing with pianists Dado Moroni, Andrea Pozza, Ignazi Teraza, Jan Lundgren and music legends like Cedar Walton, Johnny Griffin, Benny Golson, Phil Woods, Charles Davis, Ben Dixon, Albert Heath, Kenny Wheeler, Bucky Pizzarelli, Scott Hamilton, Billy Hart, Kirk Lightsey. He also performed with some of the younger generations’ aces: Benny Green, Jesse Davis, Doug Rainey, Terell Stafford, Roy Hargrove, Tardo Hammer, Roberta Gambarini to name a few.

Born in Manchester, England. Brown developed an early interest in music and began playing drums at age 14. By age 19, he was performing with local jazz groups. By the time he was 23, Steve had become the “first call” jazz drummer in Manchester, working with Scott Hamilton, Art Farmer and UK artists during their engagements in the city. In 1996, Brown moved to London and began working as a sideman with many of the capitol’s finest musicians including engagements with jazz greats Harry ‘Sweets’ Edison and Conte Candoli. During the next 4 years his playing career went from strength to strength and Steve was the winner of the ‘Drums’ and ‘Rising Star’ categories in the 1999 British Jazz Awards. In 2000 Steve joined the quartet of the great jazz saxophonist Scott Hamilton, with whom he has toured internationally over the last seven years. He is also featured on his last four recordings for Concord records. In between his engagements with the Scott Hamilton quartet, Steve continues to perform and record with a wide variety of artists including Benny Golson, Benny Green, Carl Fontana, Barry Harris, Junior Mance, Charles McPherson, John Bunch and Hod O’Brien 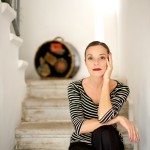 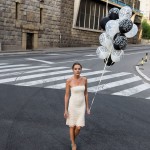 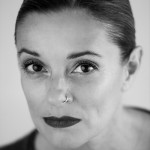 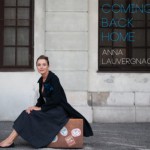 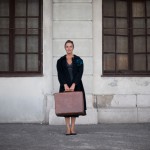 She's all the expression you need and want from a beautiful singer.

Anna Lauvergnac sings, simply, as one should sing. Not only she sings perfectly in tune, but her voice is full of pathos, energy, poetry and emotion.

Claus Raible plays with that style that embodies vitality and authority, which is real, captivating and fresh, yet without being nostalgic.

Giorgos Antoniou weaves a subwoofing net in a wondrefully-relaxed manner and with a “conductive to the music” attitude. In his solo work he doesn’t just show off some skills but rather does scintilate by unobtrusiveness.

On drums, Brown (a tall young man with an eager grin) is a delight. He has an urbane understatement and sidelong wit that adds zip and buoyancy to the sounds around him. Alert to every approaching detail, he fills out melodies with hissing hi-hat snaps and briefly jolting rolls, drops back to minimalist rimshots and erupts into fizzing cymbal swing with an effect like a door suddenly swung open to a busy street. An absolute treasure.

As bandleader As featured solist With Vienna Art Orchestra