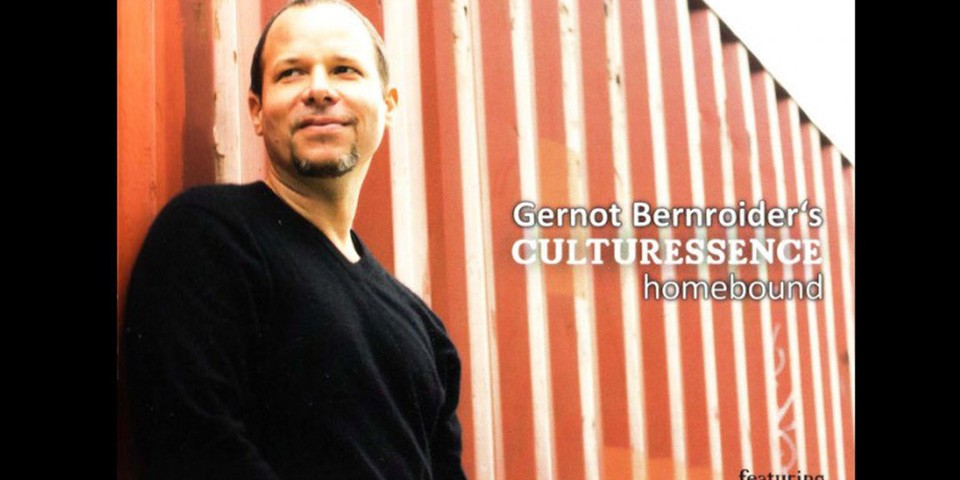 Bernroider has been a featured artist with the Adam Rafferty Trio, the Nakujabe Ensemble and the Oulipians for several concert tours throughout Europe.

New York based tenor saxophonist Jason Rigby has been hailed as “a truly lyrical musician” and “New York’s rising star of tenor sax”. John Murph of DownBeat states ”Rigby’s burly tenor tone and searching improvisations recall the expressionistic flights of Ornette Coleman and Joe Handerson”. An earthy voice that deftly combines many influences – critics recognize in Rigby the creative mindset of Wayne Shorter, the energy of John Coltrane, and the elasticity and compositional style of Ornette Coleman and Paul Motian. He is rapidly attracting the attention of the music world as a saxophonist and composer who has something important to say.

Jason Rigby first received widespread critical acclaim for his debut album “Translucent Space”, which put his name solidly on the map of modern creative music. The release was listed by Wire Magazine as one of the Top Jazz and Improv Recordings of 2006 and praised in the New York Times, The Village Voice, Saxophone Journal and other periodicals of note.

Born August 11 1966, he grew up in Santa Cruz, CA. Inspired by his father, a pianist and vibraphonist, McCaslin started playing tenor saxophone at age twelve and progressed quickly, touring Europe and participating in the prestigious Monterey Jazz Festival’s California All-Star band while in high school. After attending the Berklee College of Music in Boston, he joined Berklee professor Gary Burton’s quintet, with whom he toured for four years.

McCaslin moved to New York in 1991, working with bassist Eddie Gomez before joining the group Steps Ahead, with whom he made the 1995 disc ”Vibe” (NYC Records). Around the same time, he collaborated with fellow New York saxophonist David Binney, bassist Scott Colley and drummer Kenny Wolleson, in the piano-less quartet Lan Xang. McCaslin really began touring heads with his solo work in large ensembles – first with Ken Schaphorst’s big band, and subsequently with the acclaimed Maria Schneider Orchestra, where his performance on the album “Concert In The Garden” garnered McCaslin a Grammy nomination for “Best Jazz Instrumental Solo” in 2004.

In 2005, McCaslin joined the quintet led by the widely lionized trumpeter Dave Douglas. Reviewing Douglas Quintet in Jazz Times, Josef Woodard wrote of McCaslin: “He’s a versatile player who moves easily between inside and outside musical zones… There’s a fluidity and grace to his playing even when he’s pushing at envelopes.” In 2008 and 2009, McCaslin won the DoawnBeat Critics poll for “Rising Star On The Tenor Saxophone. His 2008 release of ”Recommended Tools” (Greenleaf Music) was in many critics’ top ten lists for jazz record of the year, and in 2009, McCaslin released “Declaration” (Sunnyside), which features a brass quartet.

In the last few years, McCaslin has achieved wide praise for the incisive twists and purposeful turns of his emotionally charged solos, but those qualities – along with his distinctive voice as a composer – have actually been on display for much of the previous decade, during which McCaslin recorded eight albums as a leader, collaborating with a wide range of musicians, including David Binney, Johnathan Blake, Scott Colley, Ben Monder, Antonio Sanchez and Edward Simon.

Guitarist and composer Dave Allen is a distinctive voice on his instrument and is widely respected in the jazz community as both a player and composer. At the age of 16, Allen was recognized by Giuitar Player Magazine as a talent to watch. Born in Philadelphia, Allen moved to New York in 1988 to attend the Manhattan School of Music. He has Released two critically acclaimed recordings, “Untold Stories” and ”Real and Imagined” (Fresh Sound), which feature original music and a well crafted group sound. Allen has worked with many of the most respected musicians in New York, including Mark Turner, Drew Grass, Nasheet Waits, Tom Rainey, Tony Malaby, and many others. He has toured with his own groups in Spain, Portugal, Ireland, Scotland, and Turkey and throughout U.S. 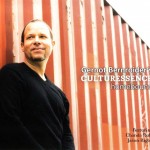 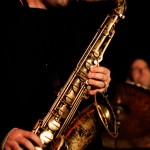 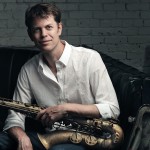 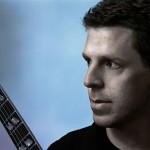 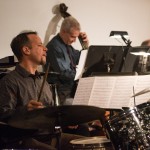 Gernot Bernroider is a brilliant technician with unique style.

Mr. McCaslin seems to have direct access to emotional expression in his playing, as if it were a valve he could open at will. He’s exceptionally sure-footed with his phrasing, almost never caught off balance, but he knows how to convey risk or fury through the compressed force of his tone.

Allen has found his true voice, his effortless technique downplays the apparent complexity, paradoxically creating a cool surface sheen that has a white heat glowing beneath it... music that seduces both body and mind – again and again.

... a unique new voice that deserves wider attention. His deep, full-bodied tenor sound and his inside-outside jazz vocabulary reference sax greats such as John Coltrane and Wayne Shorter, while his elastic sense of time sounds closer to the fluid playfulness of Ornette Coleman.

Eyal Hareuveni, All About Jazz