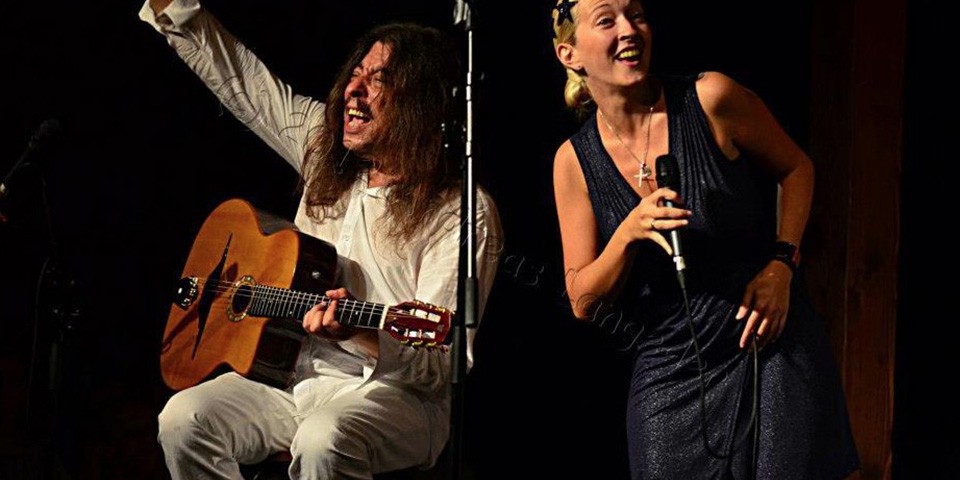 Also known as YELL, Jelena Krstic is a singer and artist.

Jelena Krstic (née Simic) was born in 1981 in Kovin, Serbia. She comes from a family of musicians, so it comes as no surprise that her music career had already begun by the time she was three years old, and that she had her first public performance in Belgrade by the age of four. After finishing primary music school in Smederevo, she continued her studies in Belgrade at ‘Josip Slavenski’ music school, where she majored in music theory and solo singing. Continuing to pursue her love of music, she attended the prestigious music academy of Graz from 1999 to 2004, majoring in solo vocal performance. Subsequently, she was accepted into the Vienna Conservatorium from which she graduated in 2007 with a diploma in composition and music theory. Jelena also has a passion for teaching, which led her back to school in 2012 to study pedagogy of classical and vocal jazz performance. She graduated with honors in 2014.

With her extensive vocal repertoire and unique performing style, Jelena is considered one of the most respected artists on the Austrian music scene, evidenced by her winning performance in “The Voice” Austria competition, in 2005. Jelena has been involved in numerous theater productions in Vienna and has performed all over the world with a variety of musicians and bands at numerous jazz and world music festivals.

Since 2008, she has successfully been collaborating with the famous jazz guitarist Harri Stojka. They recorded an album together in 2010, entitled “Gitan Coeur d’Europe” (Universal Records), which showcased Roma music from all over Europe. In 2011 she starred in the film Gypsy Spirit, which was awarded the prestigious ROMY award for best documentary.

Jelena has had many significant performances across the globe. She has graced the stage in: New York, Washington, St. Vincent and Grenadines, Spain,Hungary, Sweden, Germany, Turkey, Italy, Slovakia, Austria Croatia, Slovenia, Luxembourg and Switzerland. She also had eight very successful performances in the Indian cities of New Delhi, Dehradun, and Jaipur. In addition, in 2012, she performed at the jazz festival of Novi Sad in Serbia. One of the highlights of hercareer was performing at the venerated Vienna Philharmonic Christmas gala in 2012, which took place in the Esterhazy Castle in Eisenstaedt, Austria.

Jelena is also successfully building her career as a voice and music theory teacher, collaborating with well-known Austrian and Serbian singers in both Vienna- and Belgrade-based studios. She has also led several seminars and musical workshops on ethno-, Roma- and Balkan-style singing in Austria, Portugal and India. In 2016 she is scheduled to give seminars in India, and for the first time in China.

After 30years in the music business, Jelena recorded her first solo album entitled“Ljubav” (Love), which includes eleven songs native to the Balkan region as well as two traditional Roma songs. The album was released in October of 2015 under Alessa Records, a recognized Austrian label, significant for producing jazz and world music. The album not only features the core members of her band, which include: Vlada Blum on acoustic Guitar, Ljubomir Gospodinov on clarinet and soprano saxophone and Goran Krstic on percussions, but also special guests, jazz guitarist Harri Stojka, and seasoned singer, musician and Jelena’s father, Sima Simic.

Jelena’s authentic, strong and simultaneously feminine voice demonstrates virtuosity and musical expression and effortlessly portrays a collage of emotions to its audience, allowing listeners to identify her unique musical talents after only a few notes.

Jelena has lived and worked in Vienna since 2004. She has been happily married to her husband, Goran Krstic, since 2006, and together they have two children, a daughter, Anastasija Mila and a son, Andrej. 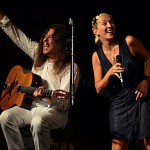 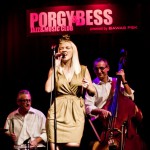 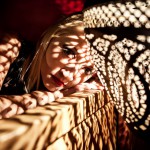 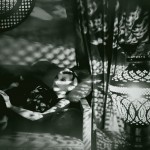 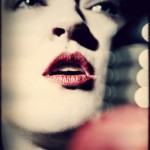 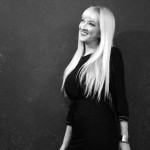 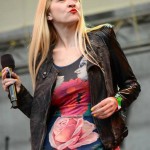 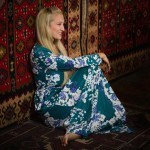 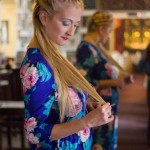 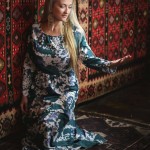 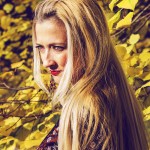 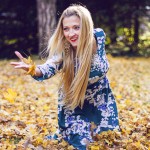 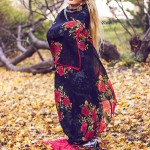