Niogi is a contemporary jazz duo who performs original pieces using a combination of acoustic instruments and synthesizers. Soulful, beautiful, and passionate is how the music of Niogi is described.

The music that Niogi produces features a perfect balance of acoustic and electronic jazz. Guy Shkolnik and Omri Abramov of Niogi have been both composing music together since 2012. Both create pieces that are unique, and they always bring the right kind of energy to every stage they set foot in.

Niogi has played at Ingolstädter Jazztage in 2013 and 2015, making them the only Israeli band to participate in the festival twice.

In February 2015 Niogi recorded its debut album at Rainbow Studios, Oslo, with legendary sound engineer Jan Erik Kongshaug and Norwegian bassist Per Mathisen. The album was released October 15, 2015 under Alessa Records.
Currently, the duo is in Europe for a tour. They will be playing in major cities of Germany, Czech Republic, and Austria. Follow the band on https://www.facebook.com/niogiband to know their schedules.

Niogi don’t just perform soulful music for the people, they celebrate music with everyone. 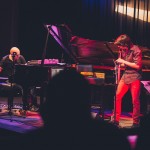 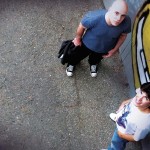 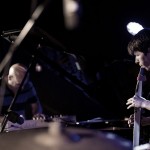 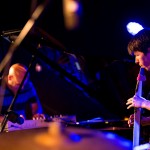 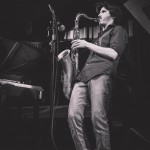 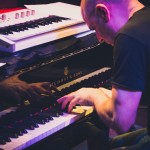 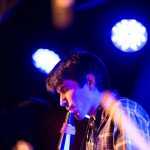 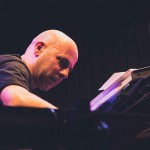 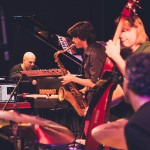 I saw Niogi at the Ingolstadt Jazz Festival and loved their sound, compositions and overall performance. Niogi's show kept evolving and enthralling the full capacity audience with surprising turns of different moods. Observing the faces of the audience who did not want to let them go and asked for more and more was pure pleasure.This is a jazz group that has a bright future. Highly recommended.

The digital-analog marriage is one of the most endearing attributes of Niogi. Although much of the sonic end result is electronically produced the sense the listener gets is of an acoustic performance.

I've been to quite many, many concerts, believe me, but I have never heard something like Niogi. Not the style, not the compositions, not the sound... extremely versatile. You have some great vibing glue. The harmonies on the keys, as I said and the wind patterns which prolong the lines up or down in a different octave make me flat like horsefish. I lift my hat and you take that: repsect.

...With their serious pursuit of true personal expression along with their rich and experimental musical language, this band is heading toward becoming a true musical force on a world level. The Israel festival enriched its jazz and world music program with these talented musicians.

Niogi is definitely contemporary jazz, where acoustic and electronic instruments are combined in an interesting fusion of styles, from classical to jazz to world music. Very impressive use of synth programming and controllers.